What’s in a flux? The go-to fluxes of most small metals studios are the fluoride paste fluxes (Handy Flux is probably the most common), wonderful solutions that keep your metal clean during soldering. They come with general warning labels, but these are so often dismissed in studio practice.

In fact, the only time I have ever heard an explanation about why fluoride in flux was dangerous was in Tom McCarthy’s Penland class in 2007. He mentioned that as the flux was heated, the fluoride could combine with the hydrogen in water and create small amounts of hydrofluoric acid. Hydrogen fluoride gas, if inhaled, can damage the lungs. It can also damage your corneas and can even interfere with metabolic calcium uptake.

Upon hearing Tom mention hydrofluoric acid, my first thought was – sporopollenin! Say what? Sporopollenin is a silica coating that, over millenia, encapsulates pollen grains in soils and sediment, which preserves them, but also obscures their anatomy. At the time it had only been a few years since I’d left the master’s program in Quaternary Sciences at Northern Arizona University where I worked in the pollen lab. Our lab studied post-glacial lake sediment cores for their charcoal and pollen content to interpret climate and ecological conditions throughout the Holocene (roughly the past 12,000 years) Were forest fires prevalent, indicating a hot/dry climate? What was the predominant vegetation? Pollen identification is based on the unique anatomy specific to each plant genera. Removing sporopollenin to identify pollen involves a bath of hydrofluoric acid (HF), the only acid that will eat through glass (glass = a silica atom with two oxygen atoms, or SiO2). In the pollen lab, we knew well that hydrofluoric acid was to be respected or the consequences could be disastrous. But in metals labs, that kind of reverence can often be absent.

Want a flashier, albeit exaggerated, example of hydrofluoric acid? Think Breaking Bad, Season 1. Remember when Walt instructs Jesse to place the body in a plastic bin and use HF to dissolve it? Err Jesse did when he used the upstairs bathtub (enamel, steel) instead of the plastic bin, which disintegrated the entire bathtub. Tub, guts, and acid all dripped down through the ceiling. Enamel = glass. HF dissolves glass.

As metalsmiths, we aren’t likely to be dealing with HF in high concentrations, but it is still useful to understand the materials we work with. If you use fluoride fluxes (and even if you don’t), just ventilate. For the enamelists, you know that convenient etching paste (a.k.a. Armour Etch) you smear on the enamel surface to create a matte finish? It does indeed contain potassium fluoride as its active ingredient, and as you rinse it down the sink, it might be taking a few particles of your drainage pipe with it. A simple substitute is to use diamond sanding pads to stone enamel surfaces. It’s fast, it’s safe, and it’s clean.

The ingredients we use as artists  can also wreak environmental havoc should they contaminate our waters and soils. So whatever methods you use in your studio practice, just be smart, be safe, be informed, and be responsible. After all, dismissing science never frees us from its reality or its consequences. 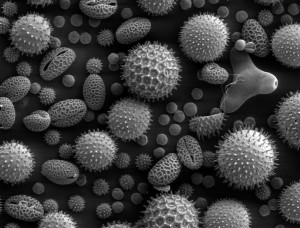